Stephanos Papadopoulos was born in North Carolina in 1976 and raised in Paris and Athens. He is the author of three books of poems : Lost Days, Hôtel-Dieu, and The Black Sea, as well as the editor and co-translator (with Katerina Anghelaki-Rooke) of Derek Walcott’s Selected Poems into Greek (Kastaniotis Editions, 2006). He was awarded a Civitella Ranieri Fellowship for The Black Sea and in 2014 he was awarded the Jeannette Haien Ballard Writer’s Prize selected by Mark Strand.

He attended the University of North Carolina at Chapel Hill, and spent a year at the University of Edinburgh, Scotland before graduating with a BA in Classical Archaeology from UNC.  In 1998 he was invited to the Rat Island Foundation’s inaugural event in St. Lucia by Derek Walcott, beginning a long association with the poet.

His poems and translations have appeared in journals such as The New Republic, The Yale Review, Poetry Review, Stand Magazine and he writes regularly for the Los Angeles Review of Books.  He has translated works of Greek poets, Katerina Anghelaki-Rooke, Yiannis Ritsos and Kostas Karyotakis among others.  His own work had been translated into Greek by Katerina Anghelaki–Rooke, Italian by Matteo Campagnoli and Spanish by Rodrigo Rojas.

He has lectured and read at festivals around the world such as the Crossing Borders Festival in Holland, the Fundacion Neruda, Chile, Oxford University, University of Heidelberg, The University of Athens, The Signum Foundation, Venice, the Babel Festival at Bellinzona, and The North Carolina Literary festival among many others.

His most recent collection, The Black Sea, is a long poem-cycle about the Black Sea Greeks and their exodus from thatregion.The Black Sea explores the historic “great catastrophe” of the Pontic Greeks of Asia Minor in the 1920s through a series of “sonnet-monologues” or voices from the past. Priests, prostitutes, soldiers, and a bizarre cast of characters move through this poetic re-imagining of a tragic chapter in Greece’s history. 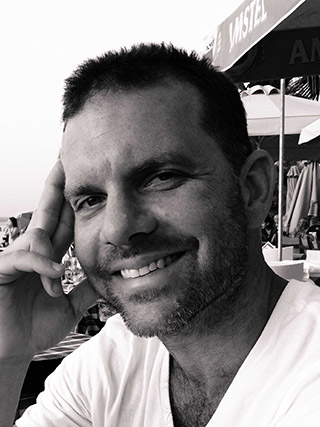